Mrs. Huntington had settled into living with her son Nicky and rarely mentioned the assisted living home now. Having the kids home for the holidays had thrown her for a loop. Their endless bounding energy was often entertaining but sometimes overwhelming.

On the last day of Christmas break, Nicky decided to take down the tree and put everything away. He went down to the garage to get the bins for the decorations. While he was gone, the phone rang and his son answered it. He came up the stairs to hear her fussing at him telling him he had no business answering the phone.

“She took the phone away from me before I could ask who it was. But look, dad, you can see right here on the phone. It shows the caller ID log.”

“Yeah! Look, mom. I can find the number on the caller ID log. Here it is.” He dialed the number and found out it was the satellite TV company. “It’s alright. I can call them back.”

“Well, I don’t know what you are going to do about Jack. He is acting too big for his britches.”

“Mom, I let Jack answer the phone. I taught him how to. He is okay.”

She grimaced and sighed, obviously not happy.

“Mom, you let me and Janette answer the phone at his age.”

“Okay, mom.” He got up and went in the kitchen to give her some space. After a few minutes she came in and sat at the table.

“Do you know who called? Someone called.”

“Yeah. It was the TV company.”

“Am I causing trouble?”

“When have I been hard on the kids?”

“When you fussed at Jack just now  for answering the phone.”

Nicky stopped mid-thought. She had forgotten. This was great. He went right on. It was lunchtime. “Let’s have a sandwich. You hungry?”

“No! I don’t want to eat. I’m not hungry.” She said it with a bit of force. She had forgotten why she was mad, but apparently not forgotten enough to stop being mad.

“Okay, I’m going to take down the Christmas tree, then.” He got up and called for his daughter to help.

She watched as Nicky’s daughter pulled storage bins into the living room. They had kept her ornaments and put them up with theirs in the tree this year.

“Isn’t that Janette’s picture on that ornament?” His mother asked.

“Yeah. Honey, hand this to mamaw.” He passed the ornament to his daughter. She gave it to Mrs. Huntington who looked at it and smiled.

Nicky’s son decided he wanted to get down a Santa Claus and sleigh that were perched on the top of a wall over the kitchen cabinets in the cathedral ceiling room.

“Son! What are you doing? Let’s do that after we get the tree down.” Nicky told his son with autism.

“I just want to get them myself.”

The boy flopped down on the floor and start making crying noises. Nicky knew that any changes generally sent the boy into an anxious frenzy. He ignored the tantrum and kept wrapping the fragile ornaments. He and his daughter sorted the ornaments into a bin for them and a bin of Mrs. Huntington’s.

Nicky’s daughter decided to help her brother and offered to help him get them down. He refused her help and she started making snarky comments. He cried louder. The swishy sound of tissue paper crumpling as Nicky wrapped ornaments added to the noise level. Mrs. Huntington just sat in the recliner with her legs crossed, swinging her foot. Nicky wondered if her hearing loss made it easier for her to tolerate the mayhem.

She went through a box of paper ornaments that Nicky and his sister made when they were in grade school. “You know, you don’t think about it when they give you these when they’re little.”

“What mom?” It was hard to hear her over the sound over crying and sarcastic comments of the kids.

“These things your kids make when they are little. You don’t think about it much then. But now I look at them and think, ‘This was her first Christmas ornament.’”

“Oh. Yeah.” He looked at what she was holding. It was a paper ornament his sister made in grade school, probably second grade. Not exactly her first Christmas, but he understood what she meant. She went through the ornaments in the box one by one over and over.

He kept carefully wrapping fragile hand-made ornaments in tissue paper and then putting them in a baggie to keep them all separate and safe. She watched him and smiled. Some were fancy but most were crafts the kids had made at school or at home.

“You know who you remind me of doing that?”

“You remind me of me and Joe putting the ornaments away like that.” She had a wistful look. “This just brings back so many memories.”

His heart lightened. No medicine could bring his mom back to him, but, at least for a while, she got a piece of herself back. 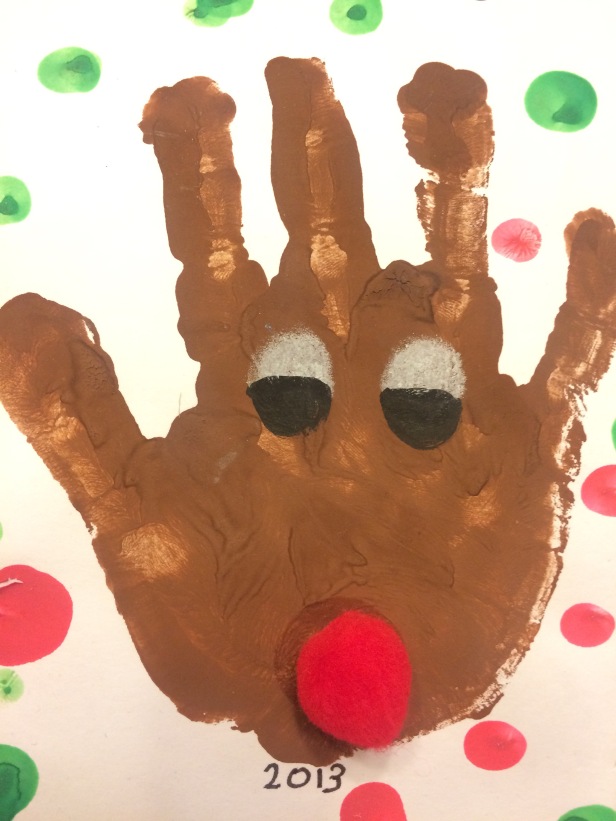