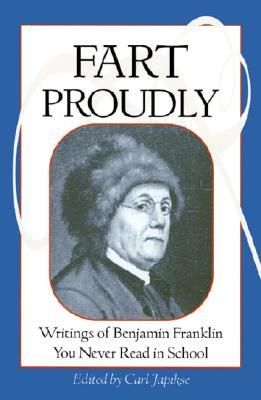 “Are you my son?” Such an odd question for a mom to ask. He was 46. She had been his mother for nearly half a century, but now she couldn’t remember. He could get sad about it or feel rejected, but the truth was, her mind was the one betraying us all. It made her just as mad as it made him.

He tried to visit her a few times a week. Each time she remembered him less. She lived in a bubble that was getting smaller and smaller all the time. He and his sister decided it was best for her to live here at an assisted living facility. She had 24-hour care if needed. They made sure she ate and wore clean clothes. Surely this was the best option for her, he told himself.

She had always told his dad and him that she never wanted to go to a nursing home. It terrified her. All he could think was that at some point when she was young, someone she knew lived in a nursing home that mistreated the patients. Her story was that they stole everything you had and then let you lay there and suffer.

If that was the case, he could see how that would be awful. However, he knew there were good nursing homes. This assisted living facility was a step-up with independence and he hoped she would not equate it with the image in her memories.

For just a while, he had toyed with the idea of having her live with him, but that seemed awkward. She never stayed long when she visited him before. How could she enjoy living with him and his loud children. They were often up late, coming and going, and never ate at regular times. What if she got agitated? What if she got stubborn? How would it effect the kids to see an elderly person decline? Surely this was the best option. All his friends who had gone through this told him so.

His sister had a high powered corporate job that caused her to relocate frequently. She wasn’t married and her life was even less stable. It seemed to make sense for him to place his mother there with the other elderly people. All growing up he was shuttled to groups with his cohorts. Surely this was the right thing to do for her. She needed to be with other elderly people. But something still poked at his mind.

He watched her pick at the scabs on her arm. “Mom, don’t pick. You’ll make it bleed.”

The questions were always the same. She seemed to be stuck on the concept of whether he suffered. He couldn’t figure out why this was such a worry. Maybe the memory of the person suffering in the nursing home was the root of it. Maybe at some point as a young person, she had visited someone dying that writhed in agony. Truth was, with modern medicine, his dad had enough pain medicine to knock him into a blissful sleep that carried him to the hereafter. The whole illness only lasted a few days. He’d lived a long life and been mentally alert until the day before he died. After that he slept peacefully with pillows and a blanket that blows warm air on you to keep you cozy. The hospital was so progressive that musicians came and played him music while he slept. It was an extraordinary way to end a life. He did not suffer. He was gently coaxed into heaven with his family around him.

At times she would ask him if his dad suffered every thirty seconds. There comes a point when even a saint struggles. He had contemplated telling her they let him lie on a bed of nails, so yes, he suffered. Sarcasm isn’t funny, though, if they are literal to a fault.

His mother had changed. Since all this happened, she had become lost. The once opinionated, straight-forward, prideful independent woman she was had turned into a timid little girl who had apparently lost her cat.

Sarcasm used to not be a problem for her. She had become very hard of hearing and his dad had a soft voice with a bit of a speech issue. The two of them would get into heated arguments. They could throw barbs that would make you want to hide the knives. It was all words, though. His mother was a live wire that you don’t mess with. His dad was not as easily riled, but could hold his own with her moods. I guess over time he had to be good or she would have had him for lunch.

One day they were sitting at the table and she asked him a question. His dad answered but she didn’t hear. She got mad and told him he could just move out if he was going to be so hard to live with. He was tired of her uppity attitude that day and told her she was so deaf she couldn’t hear herself fart. Sitting watching this exchange by one’s parents is so ‘turned on its ear.’ Truth was, his dad was right. She had got to the point where she must have thought we just didn’t hear it and would crack them off without reserve. We would all play along and act like nothing was happening.

He thought back to just a month or two before his dad passed away. He had to get guardianship of his mother, which meant having a panel of professionals decide if she could or couldn’t care for herself. One day a social worker showed up to interview her. His mom didn’t like anyone poking in their business. The social worker had asked her questions like what was her address or how many kids did she have. You could see her bile rising. She kept re-positioning herself in her chair and turning her head away. When the woman finally asked her what her bills were, she couldn’t think.

“The regular kind of bills, like vegetables!” He could barely hold the surprised chuckle back. Where did that come from, he thought.

After getting heated enough, she finally told the lady she was really nosy and should leave. She tried to tell her in a nice conversational way to keep up pretenses that they were nice people. Without that, he wondered if his mother would have picked her up and thrown her out the door.

She got mad at his dad and asked, “Are you going to let her ask me these questions?”

The spunky woman was lost in her head. He knew she was in there, most likely frightened. Can you trust anything if you can’t even trust your own head?