(This is the first installment in a series whose setting is about six months after the end of Between Time, a novel where Marie St. Clair is abducted into the world between life and afterlife where angry ghosts and God’s guardian angel army continually fight for the souls of the living.)

Like standing in someone else’s dream, the world moved around her while she watched. Marie was in the in-between world again. She hadn’t told Allan because it would upset him, but more and more frequently, she would slip out of consciousness and find herself back in the ghost world. She never could tell how much time had passed, but just as easily as she passed across the barrier into the ghost world, she would slip back. In the blink of an eye, she would be back on her bed. Unlike before, when months passed to Allan, now no time passed at all.

At first she thought she was dreaming and would just wake up. But when she started seeing people she knew doing things she didn’t know about that they would talk about later while she was “awake,” she knew something had to be going on. Then, even more surprising, there were times she would see people she knew but it was years into the future. There was no time continuum here. Short bursts of moments would flow sequentially, but she could find herself in any time period, past, present or future.

She knew at some point she would have to tell Allan but she wanted to understand what was happening before she dropped this new info bomb into his lap.

This time she’d dozed for just a minute on the couch. Now she stood in the middle of a meadow ringed by towering yellow pines. She had learned that only her sense of sight and sound worked in the hidden world. She couldn’t feel, taste or smell anything. The wind was blowing the branches of the pines trees in big sweeping motions. She could hear their whistling song as it tried to tell her their secrets of the ages in a verdant language she didn’t understand.

The meadow was as big as a football field and she saw something red moving in the distance from the corner of her eye. A man and woman ran into the meadow on the other side. The woman in her red poncho was ahead and turned back to make sure he was coming. Her laughter rang out. Marie heard him call out that he would catch her, that she would not get away. The woman laughed louder in cackles. She stopped and teased him, fanning her skirt out around her and waving it to and fro. He halted and mockingly reached for her as she turned. She slapped his hand away with a light stroke. This made her laugh again and he chuckled. She turned to dash away and tripped on her skirt.

The woman disappeared in the tall grass. The man stood over where she must having been lying. He wagged his finger at her before pouncing like a cat at unseen prey. Shrieks of laughter peeled out now. Marie could imagine him biting the woman’s neck. The bristly tickling would be making the woman crazy with sensory delight. Marie was curious to see.

She hesitated with the voyeuristic curiosity. They couldn’t see her, she thought, trying to rationalize it. “What would it hurt?” The thought crept up. She took a few steps forward. She took three more steps and she could make out their dark shapes behind a layer of yellow tall grass. For a moment she worried that maybe they could see her. That would be awkward.

The closer she stepped, the quieter they got. She stopped frozen, “Maybe they did see me!” She heard a groan, a manly groan. She was about to turn back. “Maybe they need privacy.”

Then, startling her to the point she nearly fell backward, the woman stood up. A smile of satisfaction spread over her lips. Marie screamed, but the woman didn’t move. Marie saw a knife in her hand with blood soaking it. The woman suddenly turned her head to the left and then the right, as if the awareness of what she’d done set in. She raised the knife in front of her until her hand started shaking and she dropped it. It fell to the ground beside the man at the same moment the woman spun and darted into the woods.

Just a moment before it was a scene of youthful love. Now the man was sprawled across the ground staring at the sky blankly. Marie felt so bad for him, whoever he was. As it happened times before, like he was waking from a sound nap, the man sat up. At least his soul did. He looked around for the woman and only saw Marie.

“Can you feel anything?”

He reached up to feel his face. His hand slid through his head. The look of horror intensified. He jumped up and looked down at his body. The puncture wound on his neck showed a slowing trickle of blood down to a significant red stain in the dirt.

“But!” He looked back at Marie, “What happened?” The look in his eyes pleaded for a redo if possible.

“I’m sorry. It’s permanent for you. It was the girl. It looked like she lured you out here and then,” Marie hesitated, “then she murdered you. She dropped the knife and ran into the woods.”

His forehead scrunched as he looked toward the forest, “That doesn’t make any sense.” Then cocking his head to one side, “And what do you mean by permanent for me? Is it not permanent for others?”

Marie dropped her eyes feeling unease at her unworthiness for her gift, then looked him in the eye, “I am alive but somehow I can go back and forth. Your body died, so you can’t go back.”

“I honestly don’t know. I was abducted the first time by a really bad spirit that had it out for my family. I was rescued and went on with life. But now I keep getting pulled back sometimes when I fall asleep.”

He looked intently at her trying to understand.

He looked back at the knife, “Selena couldn’t hurt a bug. She is absolutely the gentlest person I have even met. We’ve been together since high school.”

“Oh,” Marie was trying to pair this new information with what she saw. “Just for kicks, tell me what year this is.”

“I never know what year I’ll land in.” Marie looked around thinking the meadow looked just the same despite being twenty years later.

“Well, something is wrong because Selena McCracken is not a person who could ever murder anyone, especially not her fiancé.”

“Selena McCracken?” Marie’s ghostly face paled even more. “Who,” her voice caught in her throat, “who is her mom and dad?” Marie was afraid of his next words.

“Allan and Marie McCracken. Why? Isn’t your name Marie? How weird is that?”

(Read the next chapter here.) 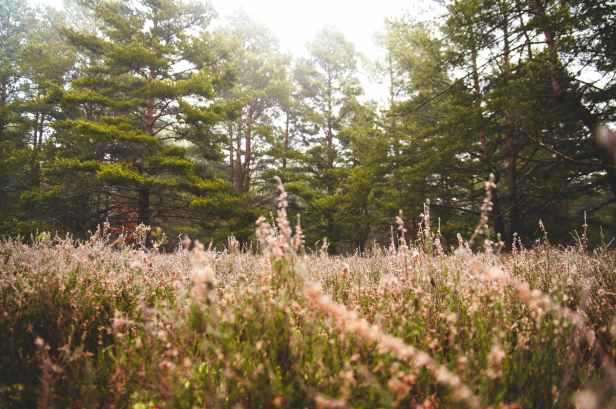